Hello! I have returned! Well, I’ve been back since the very end of November but shhh.

I did lots of things including Bizarrocon (bizarro fiction convention in case you didn’t know), the Peculiarium, the Lovecraft Bar, Voodoo and Pips donuts, Powell’s Books (the biggest used and new book shop IN THE WORLD) and the creepy clown room at the Funhouse Lounge.

I also met some really great creative people, listened to fantastic stories and was overwhelmed by the response to my own reading, from the book I can officially announce is out next year: Fortune Box, with Eraserhead Press. I took part in a panel and learned from the others, and it’s all below! Enjoy.

The Weird In A Post Weird World, Author Panel:

I’m off to Portland, Oregon on Saturday for Bizarrocon and donuts. I’ll be gone for about three weeks but when I return I’ll be full of writerly information and other helpful things.

The Années folles (crazy years) was a time between wars where everyone who wanted to make art, dance to jazz or just get a drink (America was under Prohibition) converged on the city. Gertrude Stein held court at her artistic salon (described in her book The Autobiography of Alice B Toklas), Andre Breton was leading the Surrealist movement, and Anais Nin was a brief fixture of the Montparnasse cafe scene.

If you wanted to get a glimpse of dancing girls (*whisper* in the nude) you could pop off to The Folies Bergère. One of the headliners at the time was Josephine Baker, a woman of colour treated like a second class citizen in her native America and a star in Paris.

Below is a promotional film for Josephine Baker’s ‘new’ show. Contains 1920s boobies:

Paris was known for the latest fashions:

And finally, a silent travelogue through all the city had to offer. Toodle pip, and I’ll see you on the other side of my own adventures!

Merry Halloween my little apple carts, may all your disturbing dreams come true and your stomachs explode with sugary delights. I asked people to send me their own crappypastas, which are terribly written internet horror stories. Enjoy!

Hello my little hand painted cups! I don’t know about you but I do like a true crime story, and I first heard the bizarre tale (and I mean bizarre, there’s weird injections, ninjas, everything) of Susan Cabot, aka The Wasp Woman, from an incredibly cheesy series called Mysteries and Scandals.

When writer Amelia Mangan told me it was discussed on podcast My Favorite Murder, hosted by Karen Kilgariff and Georgia Hardstark, I thought it would be good to share here. I’ve set it to begin when her story starts but why not listen to the rest afterwards?

I also included the Mysteries and Scandals episode below, enjoy!

Today’s video is very short so tomorrow I’ll add a podcast and mini documentary I found on one of the oddest Hollywood true crime stories I’ve ever heard of.

Is anything scarier than the potential destruction of the human race? Well, to other humans, anyway.

Yet again social media has made me uncomfortable and confused about myself. What’s the right thing to do? Some say the hashtag, in support of Rose Mcgowan, is necessary, others say it’s insulting because the support wasn’t there for them. At first I tweeted the hashtag, before fully waking up this morning, which isn’t something I’d normally do but I wanted to show I sympathise (which, of course, I do).

But then I got more and more annoyed -not at the hashtag, I absolutely want to make that clear, people should be free to protest how they wish, but at the idea of my keeping quiet any longer. I have something to say. He may not have been a fancy producer or anything to do with Hollywood, and it wasn’t as traumatic as most people have experienced, but it’s a situation that frightened and confused me and it was my own silence at the time that I still find so frustrating.

Years ago, at university, I knew my boyfriend and I weren’t particularly suited, which isn’t his fault. What was his fault was the thing that began that summer at a festival.

We rolled into the tent after a fun and busy day, and I was too tired to accept his advances and fell asleep. When I woke it was almost morning, I could tell by the light, and something sexual was happening. Fear flooded me – such a harsh awakening kickstarted my fight or flight responses and I did…nothing. I froze. There was no context to the events occurring and my brain was struggling to process it. It wasn’t as if we’d been fooling around or being intimate, I’d literally been asleep. For hours. Not that that’s any kind of excuse if you don’t want to go further, I just mean he wasn’t misunderstanding the situation and it took me a while to piece together what was happening.

It seems he’d woken in the night and decided to work on himself, which is fine. Obviously I don’t have a problem with that. What sent this over the edge into something that induced primal fear was the fact that he then rolled over, pinned me down, held my hands in place and ground his hips hard (and I mean hard) into my body, only letting go when he’d finished, which was when he rolled back over and fell asleep.

I lay there all night, thinking, trying not to think, wondering  what that meant, what I was supposed to do, whether it was a big deal and why I really felt like it was. The next morning he got up, said hello and went through plans for the day like nothing happened. I was so confused. Did I dream it? No, I definitely hadn’t, I could still feel the pressure of his body, the way he’d made me feel like a useless rag doll.

He went off to get some supplies and I met up with our friends who were camping nearby. Our conversation went roughly like this:

Me: So, (blank) did something a bit weird last night.

Her: What do you mean?

Me: I mean…he just did it after I said no.

Her: Well, you must have wanted to do it a bit, otherwise he wouldn’t have been able to get it in.

Me: He didn’t get it in…he just sort of did it on top of me.

Her: Oh, I don’t think that’s anything to worry about.

So that was that. I was with him for a year and he did it a further five or six times. I told myself each time that I was making a big fuss about nothing, but I reacted to our relationship by getting drunk too often and insulting him. Which, by the way, the same friend told me wasn’t very nice and that I should really treat him better.

Yes, I was naive and yes, I should have finished with him after the first time, but I was young and still didn’t quite understand how relationships worked. I mean, who does? I’ve tried to stop thinking about it and tried to forget it, even, as just another odd thing that happened to me. It wasn’t the worst thing that’s happened to anyone and I really wouldn’t want to compare my experiences with something truly terrible, but it’s been increasingly making me angry and I’m starting to see how it’s affected me since, and I need to get it off my chest.

I think people should protest how they like and their way of dealing with things is theirs, but I don’t want to be quiet anymore.

Merry birthday to me! I hope all my little bits of confetti littering the streets are OK?

I’ve been trying to settle on a creative project which is purely for fun for a while now, and finally my friend Steve and I have settled on DADAkitten. I can only explain it as ‘imagine if David Lynch did comedy sketches. Sort of. Not quite, but a bit. Also Welcome To Night Vale.’ Follow our channel for more delights and daftness.

Anyway here are a couple of mine, from a series called The Drama Farmer which relates YouTube drama on people who don’t exist:

And here’s my favourite one of Steve’s:

Hello all! Merry day once more!

All year I’ve been on and off reading a big pile of gothic nonfiction books. A couple you might recognise but the majority will be new.

The video is prerecorded and my hair actually looks like this now: 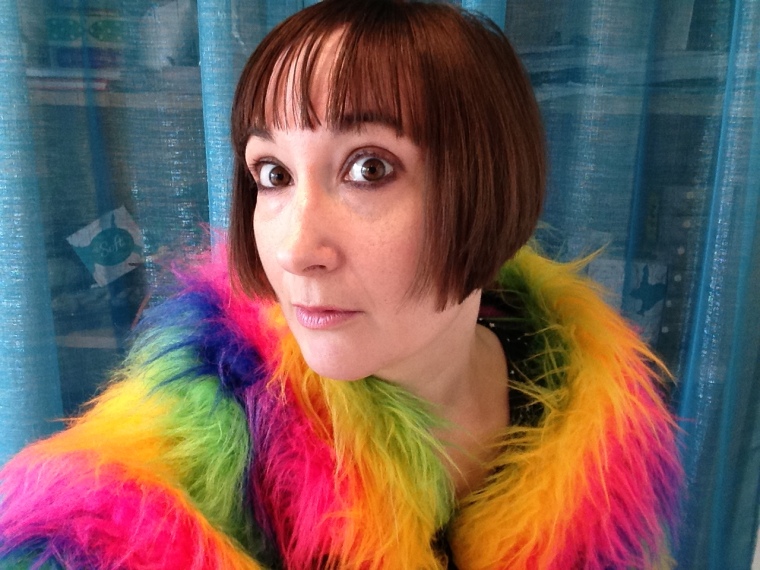 Such is the magic of the digital era.

Caitlin Doughty: Smoke Gets In Your Eyes

Welcome to my Halloween video bonanza for October. First up is a perfect example of what happens when I do a DIY – it progressively becomes a failure.

Bill and I had a go at a spooky cobweb cake which is meant to look something like this: 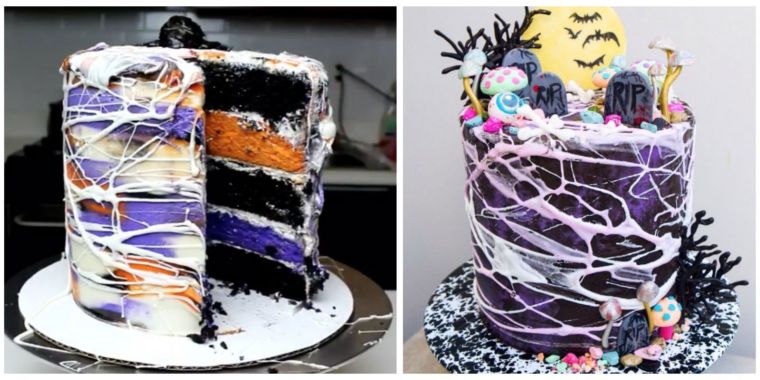 But I think we can all agree our final result is… a bit different. However, it tasted amazing and was probably the nicest cake I’ve ever made, and I have made a few despite appearances.

See you next week!