It’s almost summer and the flowers are sprouting, which is the best time to remind ourselves that nature is the weirdest thing you’ll ever experience. As you can tell from previous posts, I love weird nature and creepy creatures, they’re brilliant prompts for stories, but today I shall focus solely on those life forms that were here long before us and will remain when we’re gone – plants.

It lurks mostly in North American forests but has been spotted elsewhere. The ooze (or sap, if you want to be all sciencey about it) is sometimes yellow (mmm, pus) pink, beige or orange.

The very epitome of a wolf in sheep’s clothing, these South American plants appear heavenly but are said to have a darker secret than an Edgar Allen Poe character.

They contain atropine, hyoscyamine and scopolamine, the last of which can apparently be used to alter another person’s state of mind, or create ‘zombies.’ I don’t personally know how true these claims are, much of it sounds a little over-hyped, but cases exist where the plant has been blamed for causing a hypnotic state, such as in the victims of a trio of thieves arrested in Paris who ‘willingly’ handed over possessions. However it’s unclear whether scopolamine can actually remove free will.

Rafflesia Flower: We all know of the Titan Arum corpse flower and it’s scent of rotting corpses, but perhaps slightly less known in some parts is the Rafflesia from Southeastern Asia, also known as the corpse flower. Confused? Good.

It’s a parasite which latches onto the roots of a host plant. It’s innards stink of decomposing flesh to attract the flies it feeds on. Naturally, with all this going for it, it’s the official state flower of Indonesia (?).

Devil’s Fingers: Mistaken online for an alien life form the Devil’s Fingers fungus, or Octopus Stinkhorn, is truly rather strange.

Growing mostly in Britain it bursts from an other-wordly sack to release it’s foul stench (for attracting flies) into the world. 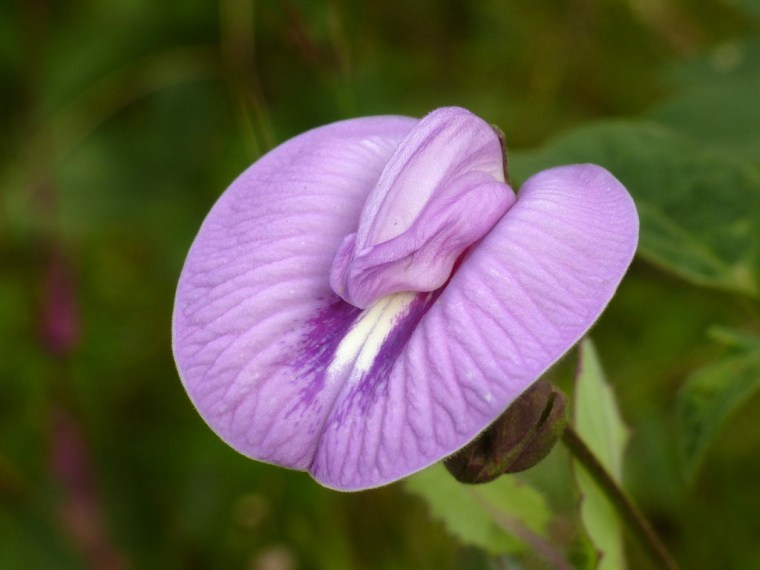 The scientist who named this beauty certainly wasn’t shy. He/she saw a flower that looked like it had a clitoris and called it as it was.

Another native of Southeast Asia, this flower is used as food dye or eaten deep fried. Others have historically attempted to give it less ‘controversial’ names but they never stuck because, let’s face facts, it looks like a fanny.

With a name evoking the undead you would expect these flowers from Central America to look creepy but they’re actually quite cute, if you like monkey faces. Slightly judgmental monkey faces.

Being Orchids these are cultivated by fanciers for their beauty and rarity. They were named Dracula because of the red colour displayed by some.

There we have it my little summer popsicles. Go, now, and frolic amongst the monkey faced fields and corpse laden air. I’ll be watching.